If you haven’t roasted a pumpkin for homemade pumpkin puree before don’t be intimated, it’s a lot easier than you may think.

Making your own pumpkin puree at home can be pretty easy. Roasting a pumpkin is as easy as roasting a squash. To start you will need a small sweet pumpkin you can find at most stores throughout the fall season. Since pumpkins are only in season for a short time, I try to get a few to roast in batches to store for later use throughout the season.

I have substituted homemade pumpkin puree equivalent to what I would need for canned pumpkin in recipes. It always works well and tastes delicious on its own even before I season it.

Here are links to the tools I use at home to help make this easy.

I’ve never really known of anyone who actually roasts their own pumpkins. I saw it on Pinterest and since I like doing everything myself I thought I would give it a try. I’m glad I did. It tasted surprisingly good even just roasted plain by itself.

If you like squash you will like pumpkin since it is a type of winter squash. I’ve read that some companies actually mix different kinds of squash with canned pumpkin. Since it is all different varieties of squash it’s all good. So, I’m thinking you probably have had a holiday pumpkin pie more than likely with canned pumpkin, and based on that pie you decided if you like pumpkin or not.

WHAT IS PUMPKIN SPICE?

You may have tried anything and everything “pumpkin spice.” Which sometimes contains real pumpkin but can simply be a mix of spices. Doesn’t matter to me, I love ALL of it. The best thing about making your own pumpkin puree is that you can add whichever flavors or spices you like.

WHY ROAST A PUMPKIN IF YOU CAN BUY CANNED?

My answer, it really tastes a LOT better. I was actually surprised. Not to mention that once you puree it you can package it up and refrigerate it for a few days, or freeze it for a few months.

With my decision to roast a pumpkin I chose to roast them plain without any seasoning. That way it can be used for any kind of savory or sweet recipe. You can puree it up and keep it in the refrigerator for a few days or even freeze it since pumpkin is only in season for a short time every year.

To begin, I cut the tops off of the pumpkins as if I am going to carve them. Then remove the stringy guts and seeds. I’ve seen people slice them up or cut them in half but I like to just remove the tops.

Once they are cut I place them on a parchment-lined roasting pan with nothing else. No oils, salt, or any seasoning, just a piece of parchment paper cut to fit the bottom of the roasting pan. Although, you can add any seasoning you like. I leave them bland so I can save them puree to use with any recipe.

The first time I tried to roast pumpkins I wasn’t sure what to expect so I made sure there was plenty of room in between each one. To my surprise, they behave very well in the oven. I set the oven to 350 degrees and let them roast for about an hour. They will be done anywhere from 45 minutes to about 1 hour and 15 minutes. I turned my oven light on so I could peek in and keep an eye on them.

Once they were out of the oven and cooled I wasn’t sure how easy it was going to remove the pumpkin from the skin. So I played around with it and the skin peeled right off.

My daughter had fun helping me peel them, she thought it was pretty cool 🙂

If you don’t want to get your fingers dirty you can use a fork to separate the skin, it comes apart so easy it’s ridiculous.

Once the pumpkins are cool enough to handle you can scrape out all of the pumpkin flesh from the skin. It is soft and easily comes out. Then I scoop all the pumpkin into my favorite Ninja Blender.

See how easy?? Once the pumpkin is blended into puree you can use it right away or place it in an airtight container and refrigerate for a few days or freeze up to a couple of months. I like to add pumpkin puree to oatmeal, cookie recipes, bread recipes, and even soup recipes.

Since this is plain pumpkin, you will need to season with spices if you are baking a sweet recipe. Cinnamon, nutmeg, allspice, ginger, honey, or brown sugar all taste great with pumpkin. Salt, pepper, and olive oil taste great in a savory recipe. 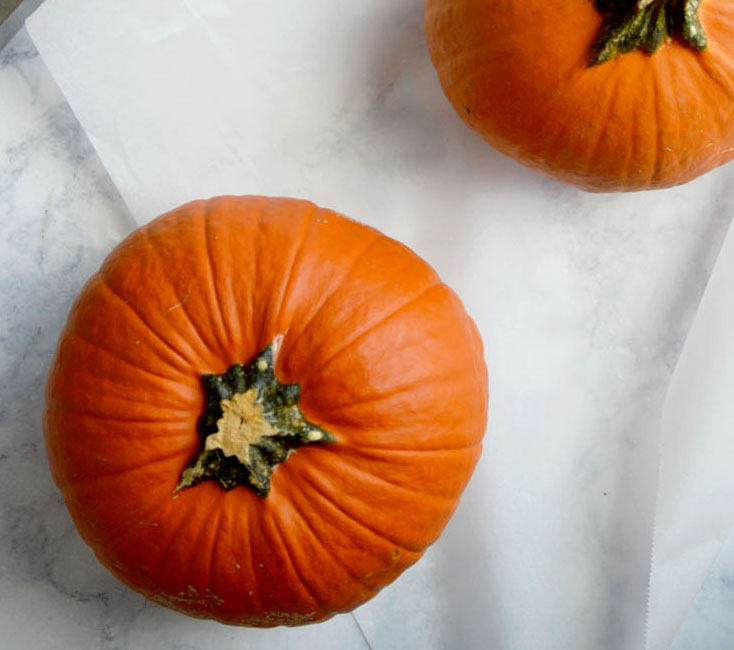 Depending on how many pumpkins are roasted at a time will determine the total roasting time. I roasted 3 pumpkins and they were ready at about 1 hour. If you only roast 1 pumpkin roasting time may be less.

Roasting times also very by oven. Most pumpkins will take about 45 minutes to 1 hour and 15 minutes to soften at 350 degrees. Keep an eye on them while they are cooking and begin checking on them after 45 minutes in the oven.

I measured about 1 small sweet pumpkin made about 1 1/2- 2 cups of pumpkin puree.

Did you try roasting a pumpkin? I would love to hear your thoughts! 🙂 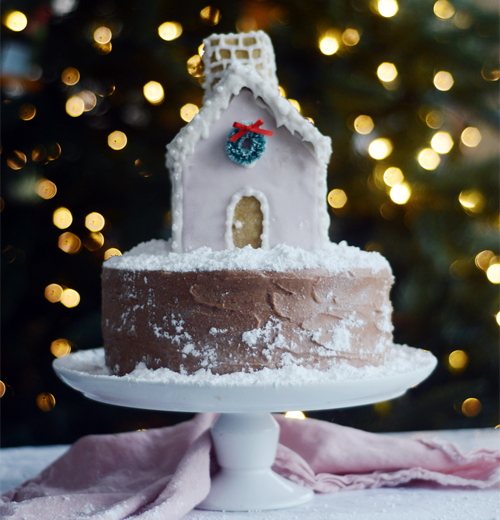 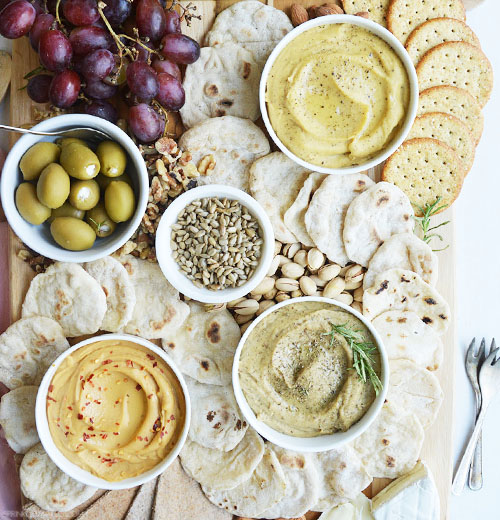 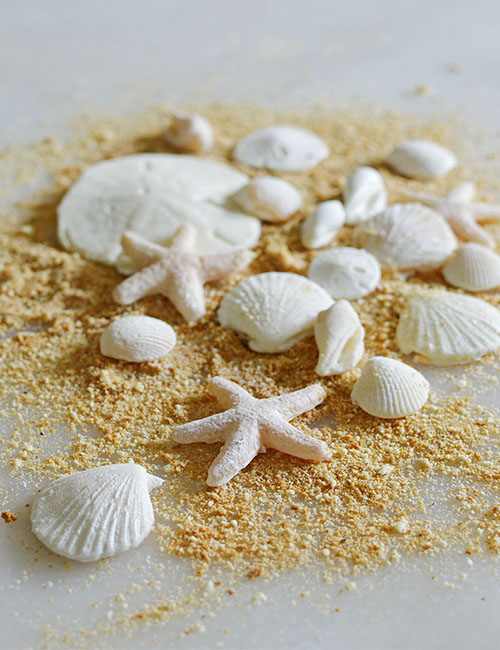 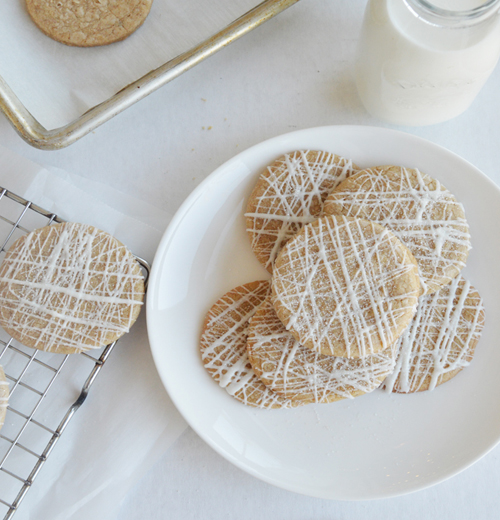 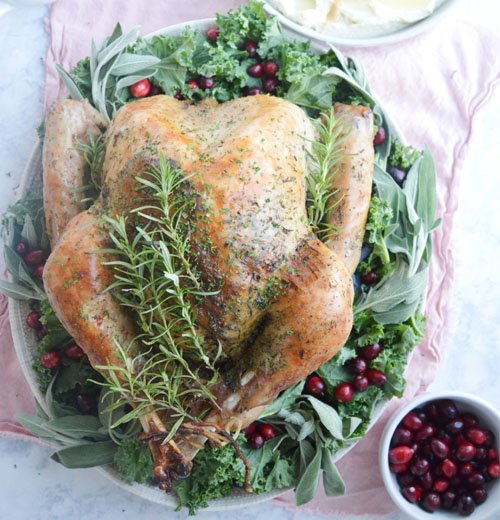 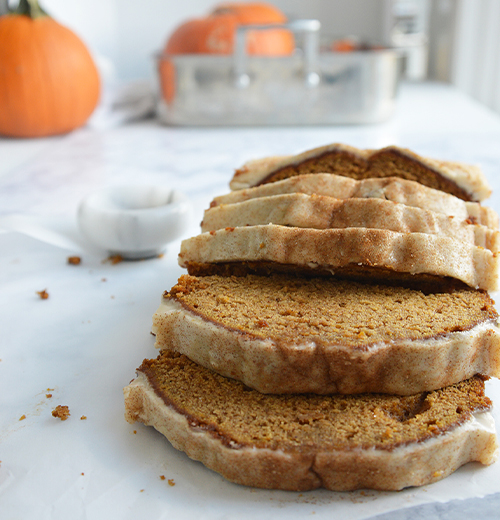 This website uses cookies to improve your experience while you navigate through the website. Out of these, the cookies that are categorized as necessary are stored on your browser as they are essential for the working of basic functionalities of the website. We also use third-party cookies that help us analyze and understand how you use this website. These cookies will be stored in your browser only with your consent. You also have the option to opt-out of these cookies. But opting out of some of these cookies may affect your browsing experience.
Necessary Always Enabled
Necessary cookies are absolutely essential for the website to function properly. This category only includes cookies that ensures basic functionalities and security features of the website. These cookies do not store any personal information.
Non-necessary
Any cookies that may not be particularly necessary for the website to function and is used specifically to collect user personal data via analytics, ads, other embedded contents are termed as non-necessary cookies. It is mandatory to procure user consent prior to running these cookies on your website.
SAVE & ACCEPT
Share
Tweet
Yum
Pin