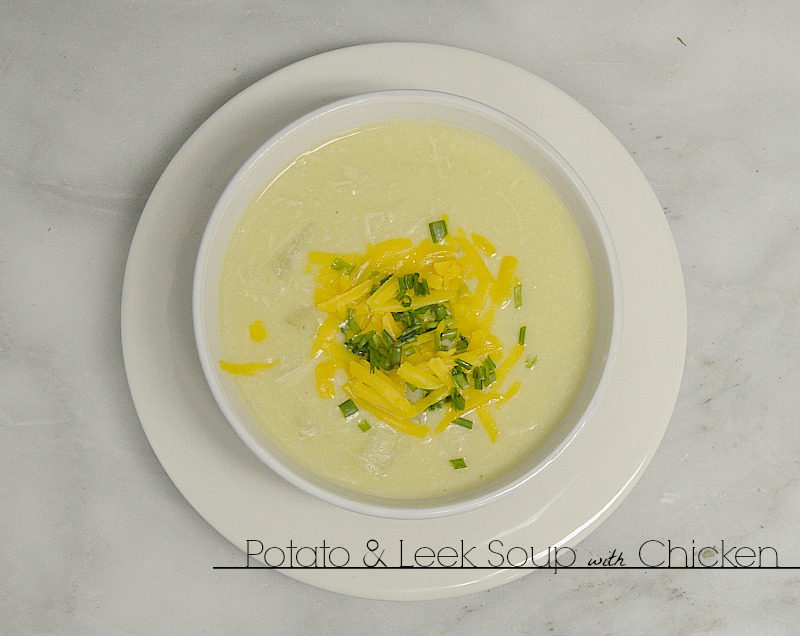 Winter isn’t always the most popular time of the year, especially the cold and dreary days. Although, there is something magical about how it feels to see first snowfall or even better …..build a snowman! Remember how exciting it felt to stay outside until your nose and fingers felt like icicles from playing with snow? Cold winter days are also better when you have something delicious to warm you up.

This is the perfect time to utilize some less known fall/winter vegetables. Until this past week I had never tried leeks. I decided to try them in a recipe and was pleasantly surprised. The way they taste and smell reminds me of celery, so it seemed natural to put them in soup. I wanted a hearty soup with some texture so I used the idea of delicious potato leek soup and put a little spin on it. Typically, this soup is more of a puree, I added additional small diced potatoes and chicken for added texture and protein. 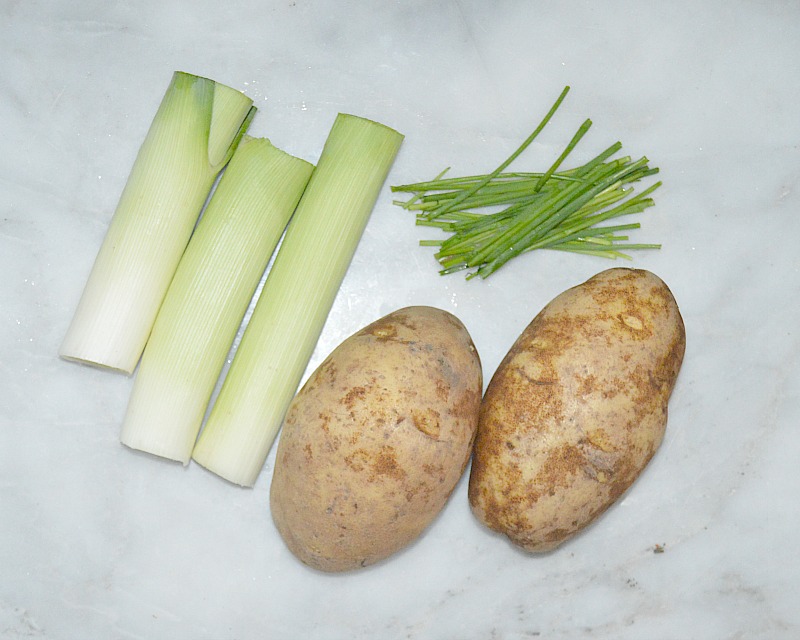 This soup can be done in a few different ways and is easily vegetarian. Simply omit the chicken and use a vegetable broth instead of chicken broth. See recipe for chicken soup.

This recipe can easily be vegetarian, simply omit chicken and use a vegetable stock.
Also if you prefer a puree version, cube all potatoes together and cook with the leeks. Then puree all together and add milk and sour cream and serve. 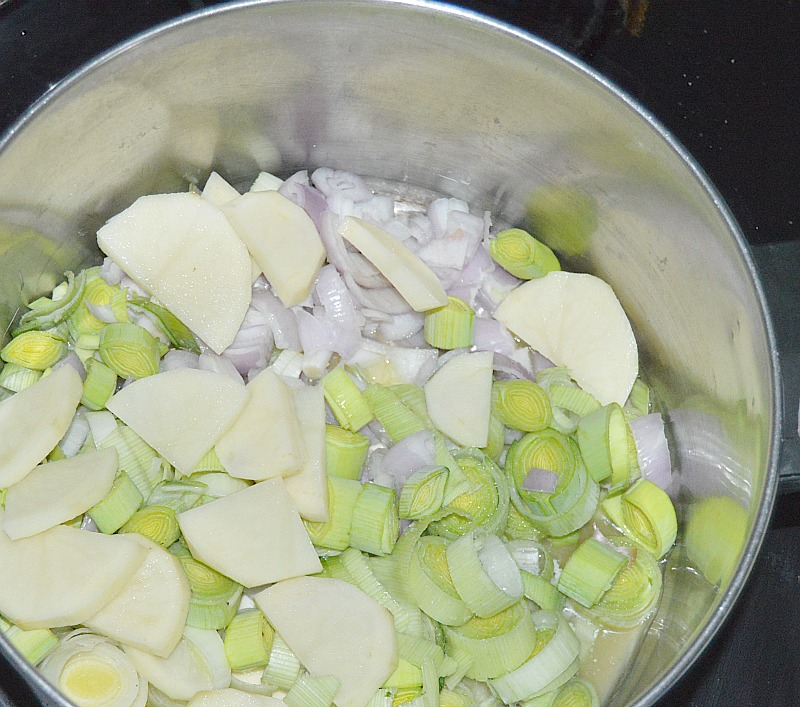 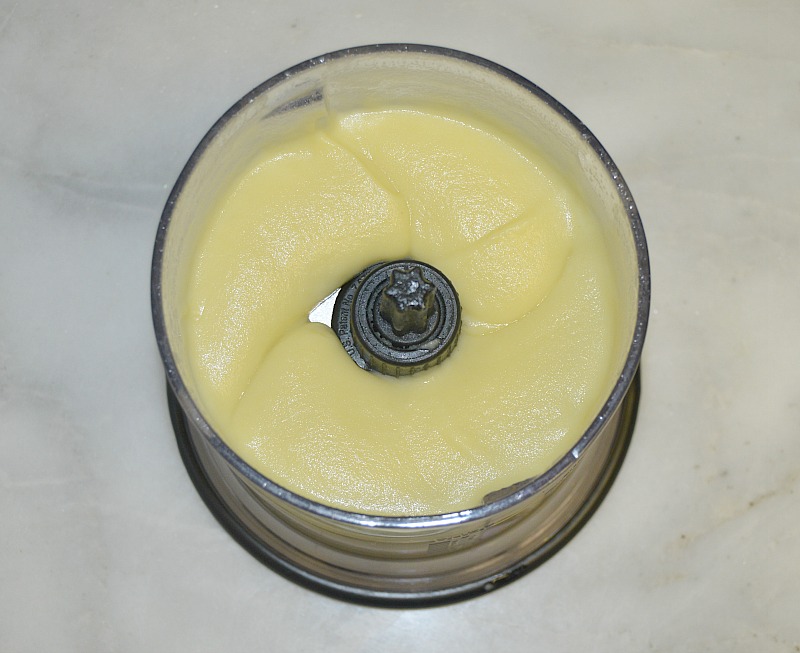 I added shredded cheddar in hopes if making loaded baked potato leek soup.. the only thing missing would be pieces of BACON! My audience I was serving didn’t like bacon….. (apparently, those people exist) so I tried without! It was still pretty good. I have to admit that I was afraid to try pureed leeks, but I was pleasantly surprised. 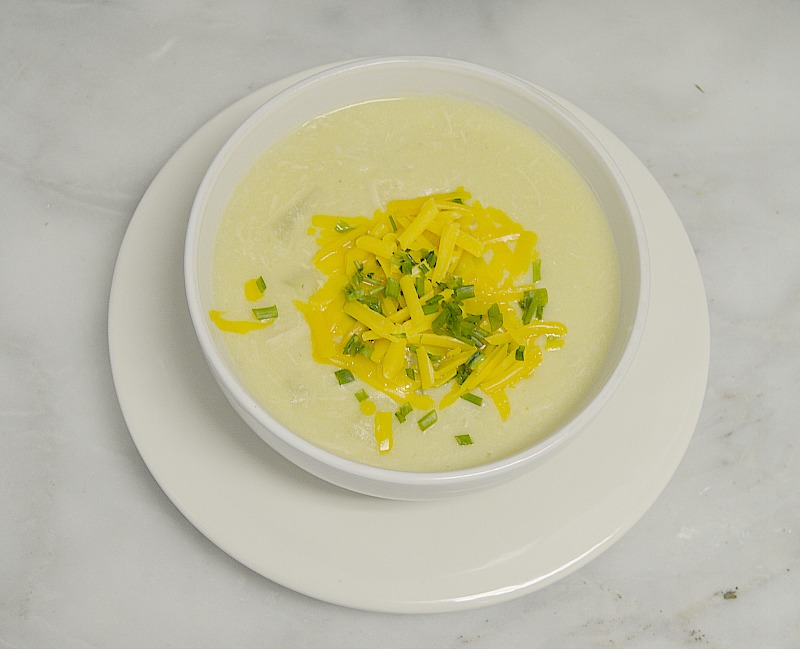 Welcome to the blog! Here you can find all types of recipes from savory to sweet, fresh & healthy to indulgent. I also share DIY projects and tips for the home. Stick around and take a peek! READ MORE

Get all the latest recipes and DIY inspiration right in your inbox!

How to make a cherry pie from scratch using a home

Eggs Benedict made with a homemade hollandaise sau

This homemade Alfredo sauce recipe is as simple to

These lemon cookies are a fun and delicious treat

This website uses cookies to improve your experience while you navigate through the website. Out of these, the cookies that are categorized as necessary are stored on your browser as they are essential for the working of basic functionalities of the website. We also use third-party cookies that help us analyze and understand how you use this website. These cookies will be stored in your browser only with your consent. You also have the option to opt-out of these cookies. But opting out of some of these cookies may affect your browsing experience.
Necessary Always Enabled
Necessary cookies are absolutely essential for the website to function properly. This category only includes cookies that ensures basic functionalities and security features of the website. These cookies do not store any personal information.
Non-necessary
Any cookies that may not be particularly necessary for the website to function and is used specifically to collect user personal data via analytics, ads, other embedded contents are termed as non-necessary cookies. It is mandatory to procure user consent prior to running these cookies on your website.
SAVE & ACCEPT