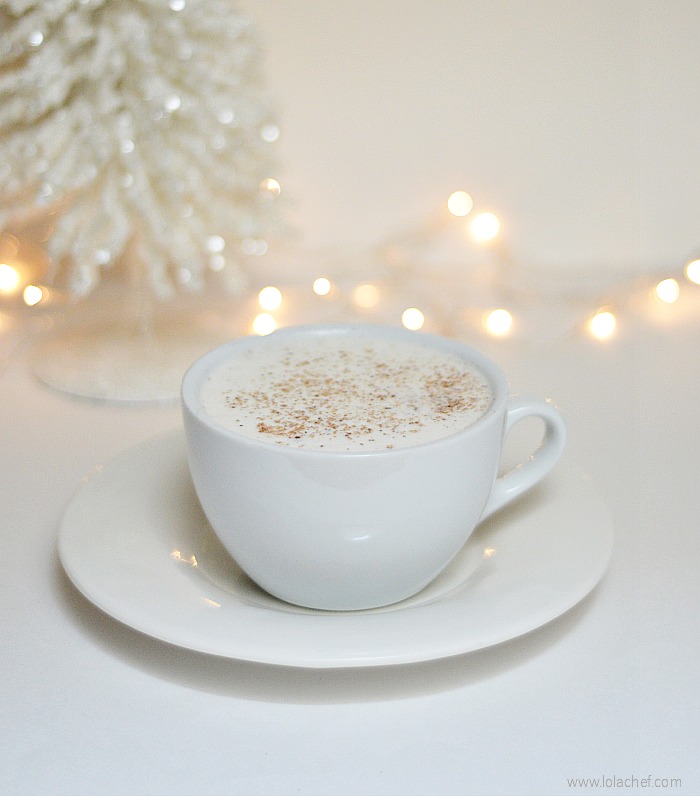 Nothing says holiday more than a glass of egg nog. There are so many different variations from using cream vs. milk, adding alcohol vs. non-alcoholic, or using raw egg yolks or to temper them.  There are definitely a few different ways to make it. Also, I feel that there seems to be a love/hate relationship with eggnog.  It seems like people either love it and buy tons around this time of year or are scared of it. Most people immediately think of drinking raw eggs, which is common…. not that I blame them.  I never really drank it much because of the fat content from the yolks and heavy cream. So this year I wanted to try to make a skinny version that was low in fat. I needed to make a skinny eggnog recipe.

So, I started researching what goes into classic eggnog. Mainly egg yolks and heavy cream or whole milk and obviously nutmeg.  A lot of recipes temper the whipped egg yolks and surprisingly some people still use raw eggs. I would NOT recommend using raw eggs (especially if you are serving to guests!) So I had to find out how much you can cook an egg to kill bacteria but not cook it into a solid or scrambled egg….hmmmm.

What you want to do for egg safety is to slow cook it while whisking until it reaches 160 F. This temperature will make it safe to eat. When tempering the egg, it may only reach 125 degrees. I like to play it safe.

I decided to use egg whites and a combination of a small amount of light cream and fat-free half and half. I also used meringue powder, which can be used in some recipes as an egg white substitute. This helped give it a smooth and fluffy texture. Meringue powder is optional, I tried without and the recipe still worked.

Basically, what I did was whisked up egg whites with sugar in a small saucepan for a few minutes, then added meringue powder, cream, spices, and half and half. I attached a baking thermometer to the pan and whisked while it cooked to temperature. I was able to get it to 185 degrees F without it overcooking.

To ensure the proper temperature you will need a candy thermometer that attaches to the side of the pot.

It may be tricky to separate the egg whites, using a tool like Stainless Egg Separator

really helps to avoid any risk of having eggshells in the eggnog. I always separate into a small bowl before adding to the pan.

A light version of classic eggnog.

If the eggnog becomes too thick after chilling add additional half and half or cream. Whisk before serving.

I make a non-alcoholic version so anyone including the kids can enjoy it as well. I like to have alcohol on hand for adults to add, such as rum, bourbon, or whiskey.

You can top with whipped cream or a festive homemade marshmallow, then sprinkle even more nutmeg. 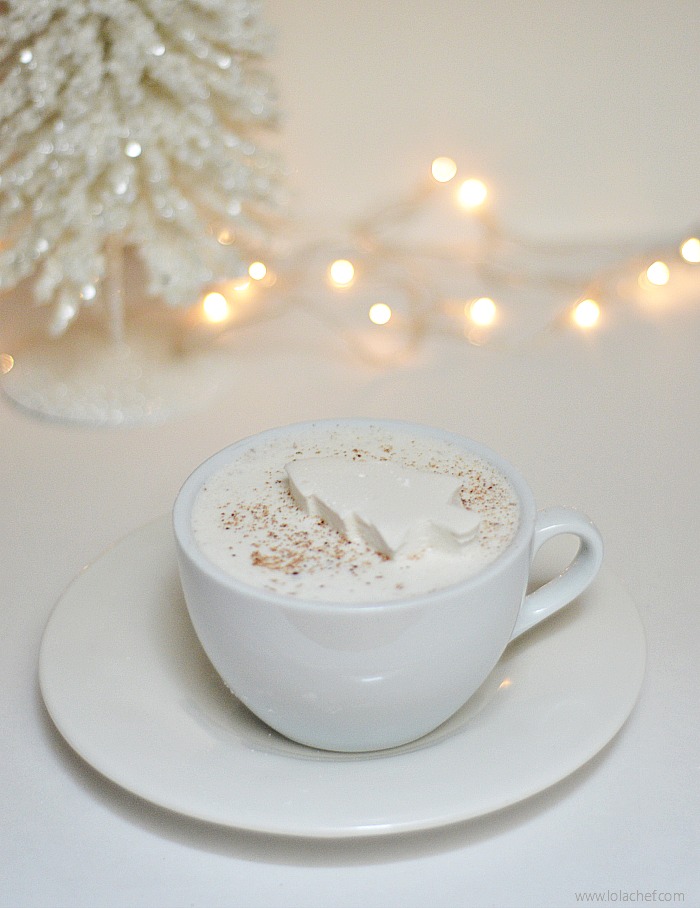 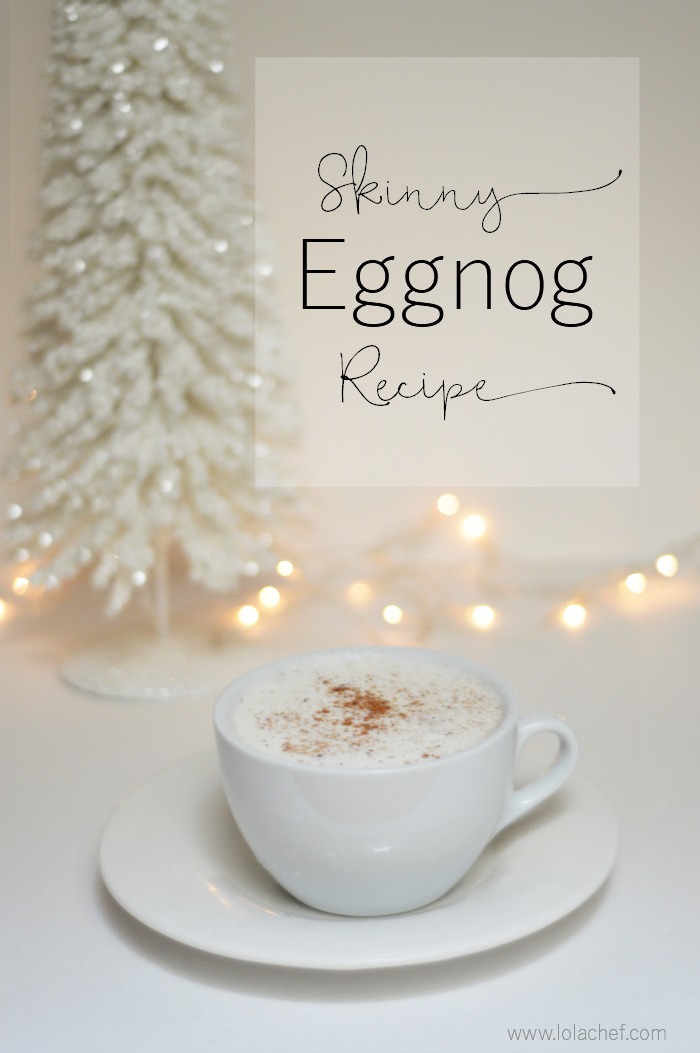 Welcome to the blog! Here you can find all types of recipes from savory to sweet, fresh & healthy to indulgent. I also share DIY projects and tips for the home. Stick around and take a peek! READ MORE

Get all the latest recipes and DIY inspiration right in your inbox!

Eggs Benedict made with a homemade hollandaise sau

This homemade Alfredo sauce recipe is as simple to

These lemon cookies are a fun and delicious treat

It’s almost spring! 🐰 Get ready with this spe

Looking for a good weekend dinner recipe? This spi

This website uses cookies to improve your experience while you navigate through the website. Out of these, the cookies that are categorized as necessary are stored on your browser as they are essential for the working of basic functionalities of the website. We also use third-party cookies that help us analyze and understand how you use this website. These cookies will be stored in your browser only with your consent. You also have the option to opt-out of these cookies. But opting out of some of these cookies may affect your browsing experience.
Necessary Always Enabled

Any cookies that may not be particularly necessary for the website to function and is used specifically to collect user personal data via analytics, ads, other embedded contents are termed as non-necessary cookies. It is mandatory to procure user consent prior to running these cookies on your website.